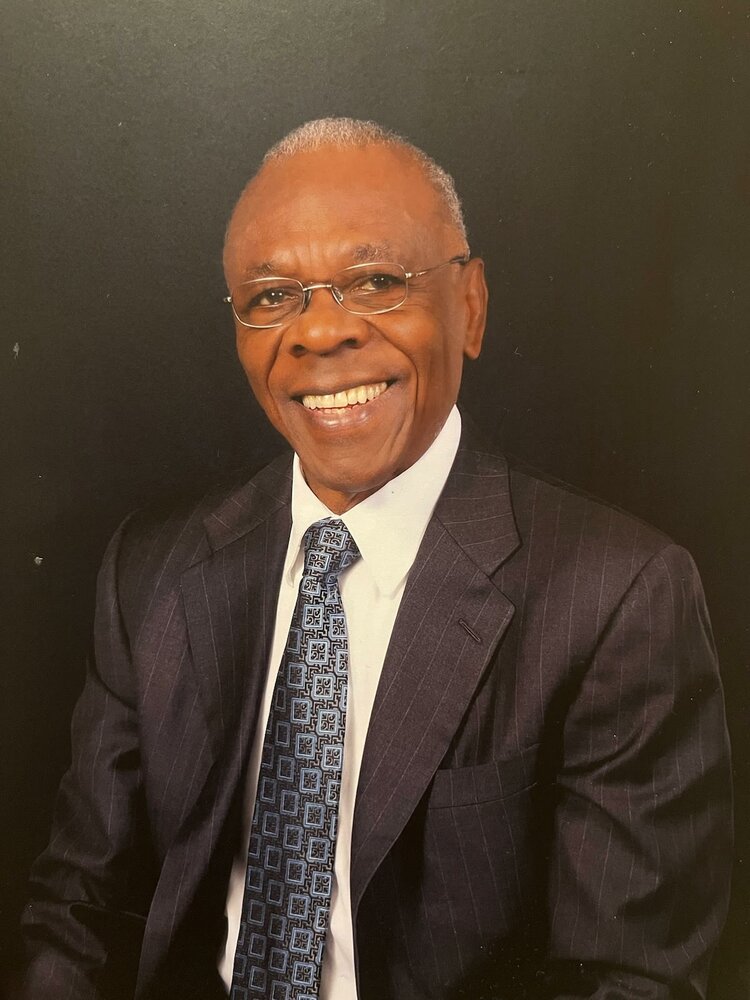 Please share a memory of James to include in a keepsake book for family and friends.
View Tribute Book

Jim, as he was affectionately known, was born on September 24, 1929 to the late
James and Ethel Henderson in Anding, Mississippi (Yazoo County). Jim graduated high
school from St. Francis Catholic School in Yazoo City, Mississippi.  After high school, he
worked for the Campbell Soup Company in Camden, NJ. In 1953 he enlisted in the
Army, served 3 years, then continued his education earning a Bachelor of Science
degree in Biology from Tennessee State University. He pledged Alpha Phi Alpha
Fraternity, Inc. during his college years.

A devout Catholic, Jim served as the Director of Education at the Connecticut State
Prison in Enfield and President of the Hartford Catholic Interracial Council.
Jim met the love of his life, Iris Isabelle Wilson, while living in Connecticut. They were
married on June 17, 1961 and started their family of 5 children: James Vincent, Alisa
Collette, Venisa Camille (deceased), Rita Denise and Janice Eileen.

As an active leader in the civil rights movement, Jim relocated his family to Orange,
New Jersey in 1969, after he accepted a career opportunity as Executive Director of
Project Equality, a state-wide interfaith effort created to promote equal opportunities for
minority groups.

In 1972, Jim resigned from his Executive Director position to pursue his dream of
entrepreneurship. In June 1973, he purchased his first McDonald&#39;s restaurant in
Plainfield, New Jersey, becoming the first Black McDonald&#39;s Owner/Operator in the
state. He was very active in the Plainfield community and is still revered to this day.

In 1986, Jim sold the Plainfield McDonald&#39;s in order to acquire his first McDonald’s in
Paterson, NJ. His organization gradually expanded to include two additional McDonald’s
in Paterson.
Holding true to the marriage promise and the staples of his faith, Jim was a caring and
supportive caregiver to his wife Iris as she battled a chronic illness. She transitioned in
February 2000.
In 2006, after 33 years as an Owner/Operator, Jim retired from the McDonald’s
system. He was affectionately known as &quot;Mr. Henderson&quot; to the countless young people
that he employed and &quot;Mr. McDonald&#39;s&quot; to the community he served. His tireless
commitment to his community and the other Owner/Operators, especially the Black
McDonald’s Operator Association (BMOA), earned him numerous service awards,
including the coveted &#39;Ronald&#39; award for his exemplary leadership and teamwork.
Jim continued his dedicated service to Our Lady of the Valley parish community in
Orange, New Jersey and faithfully served on their Health and Wellness Committee. He
began a new passion baking treats for his family and friends. He was famously known
for his delicious banana bread.
In 2017 Jim moved to Brandywine Assisted Living in Livingston, NJ to ensure security
and comfort for his chronically ill daughter Venisa. He supported and cared for her until
she transitioned in July 2021.
James S. Henderson Jr. was a remarkable man and a blessing to many.
He was a devoted husband and father.
We will miss his infectious smile, friendly conversation, and kind heart.

In lieu of flowers, the family requests donations be made to The Ronald McDonald
House or the American Heart Association.

Share Your Memory of
James
Upload Your Memory View All Memories
Be the first to upload a memory!
Share A Memory
Plant a Tree