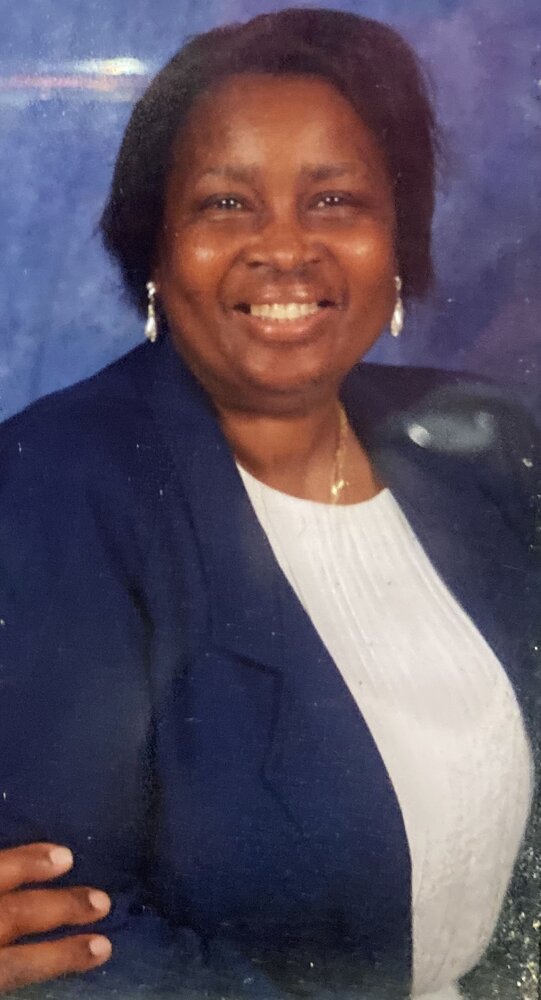 Jenelle General-Green was born in Danville, Virginia to the late Anderson W. General Sr. and Olivia Scott General on May 8, 1938.  After receiving her education in the Danville School System, she relocated to New Jersey where she remained until her untimely death.

Jenelle accepted Jesus Christ as her Lord and Savior and was baptized in the year of 1968.  Jenelle loved the Lord with all her heart but questioned her newly-accepted salvation because of a smoking habit she could not quit.  Then she was taught by the Pastor of the church she was attending on how to give her smoking habit to God and to keep praying and believing for her deliverance.  She did exactly what she was told to do and; even though it look a little while; she continued to pray and trust in the Lord until she finally got her deliverance from cigarettes!  And from that day forward she would tell of God’s Goodness and His delivering power.

In 1967, she met and married WILLIAM H. GREEN.  William would not only become her husband but also her Companion, her Soul Mate, the Love Of Her Life, her Protector, her Provider, her Rock, her Shield, her all around Supporter and Best Friend, and the man who would give her everything her heart desired!  Whatever Jenelle wanted or desired…William provided!

Jenelle was the ultimate saleswoman and fundraiser.  Jenelle sold Beeline Clothing, Stuart Maguire Shoes, Gertrude Hawk candy and Avon (all before computers or the internet); just to name a few.  She was passionate towards anything she set her mind to do.  Her passion to help those in need even stretched outside of her home when she opened her home to become a foster parent to many children who needed love, nurturing and compassion.

To cherish her life and her memories she leaves her husband of 54 years; William and her #1 Son, Rickey (Karen), 1 brother-in-law, 10 grandchildren, 10 great grandchildren, 2 God-daughters (of whom are her namesakes – Jenelle), the Elite Mothers of Impact and The Impact Church Family and a host of nieces, nephews and many, many other relatives, special friends and acquaintances.  Along with her parents, Jenelle was preceded in death by her Son, Charlie (her baby boy); 3 brothers and 6 sisters.

All of those who knew Jenelle General-Green knew of a strong and powerful woman who lived a God-Led life and strove to follow in the footsteps of her Lord and Savior.  You knew you were blessed when she would answer the phone with “God Bless You!”

A small statured woman was she, but, she was mighty in strength, faith and love!  If you knew Jenelle General-Green then you knew the Love of God!!

11:00 am
Calvary Baptist Church
66 South Grove
East Orange, New Jersey, United States
The Family of Jenelle Green Invites you to attend the funeral service online with them at Calvary Baptist Church. Live stream begins at: 11:00am on Thursday , January 27, 2021. Click the Livestream info tab to your left. Ask to be invited into the group, the funeral home will accept your request. The live stream will begin automatically at the time of the funeral service.
Need Directions?
View Map | Text Directions | Email Directions
Thursday
27
January

Share Your Memory of
Jenelle
Upload Your Memory View All Memories
Be the first to upload a memory!
Share A Memory
Plant a Tree