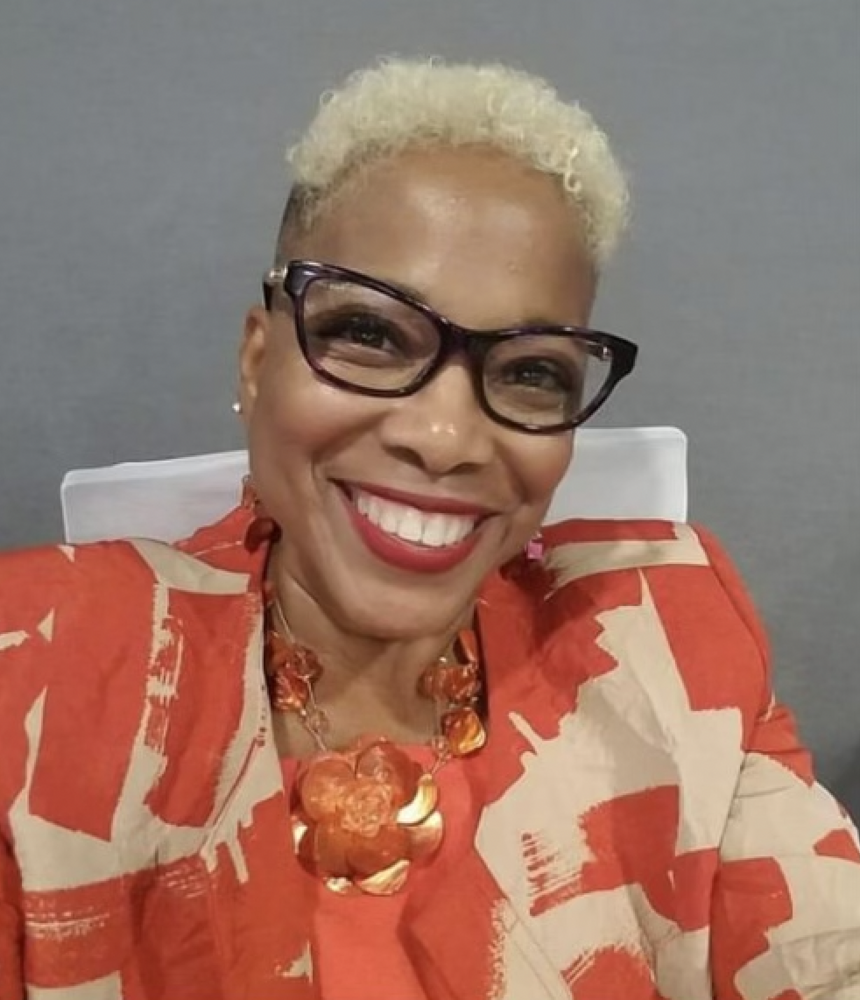 Please share a memory of Stephanie to include in a keepsake book for family and friends.
View Tribute Book

Dr. Stephanie Dianne Burroughs, Speaker, Trainer, Business Coach, G.R.I.T Coach and Author, 68, passed away peacefully on November 27, 2022 at Center for Hope Hospice and Palliative Care in Elizabeth, New Jersey.  Stephanie Dianne Hargwood was born on September 23, 1954, to William M. Hargwood and Ruth Clark Hargwood living in Newark, New Jersey. The Hargwoods moved to Scotch Plains, NJ, where Stephanie attended and graduated from Scotch Plains Fanwood High School.  Upon graduation Stephanie attended Virginia State College, in Petersburg, VA where she began to pursue a degree in Psychology.  A few years later, she returned to New Jersey where she excelled in school and ultimately received her Bachelor of Science in Business Management from Rutgers University, Newark, NJ.  There she became a member of the Beta Rho 577 chapter of the International Fraternity of Delta Sigma PI Professional Business Administration Fraternity.

Stephanie was a deeply spiritual and positive person who was a dynamic and inspirational speaker and touched many lives.  It was only fitting that she received the prestigious honorary Doctor of Philosophy from Global Obed Dei Seminary & University.

Stephanie married the love of her life, Steven W. Burroughs on October 7, 1979. They shared 42 years together before Steven was called to the Lord in November 2021.

Her husband Steven,  her parents William M. Hargwood and Ruth Clark Hargwood and her brother Bryan W. Hargwood preceded Stephanie in death.  She is survived by her sister Stacey Hargwood, niece Iman Hargwood, and nephews, Michael Hargwood-Curry and Jordan Hargwood, their children, her aunt, Muriel Hargwood, countless cousins, friends, and colleagues.  Honoring Dr. Stephanie D. Burroughs’ wishes, there will not be a memorial service held. In lieu of flowers, she would appreciate that donations of money, toys, or clothing be made in her name to Odyssey International Productions, https://www.odysseyip.com/ or a charity of your choice.

To plant a beautiful memorial tree in memory of Stephanie Burroughs , please visit our Tree Store

Look inside to read what others have shared
Family and friends are coming together online to create a special keepsake. Every memory left on the online obituary will be automatically included in this book.
View Tribute Book
Services for Stephanie Burroughs
There are no events scheduled. You can still show your support by planting a tree in memory of Stephanie Burroughs .
Plant a tree in memory of Stephanie

Share Your Memory of
Stephanie
Upload Your Memory View All Memories
Be the first to upload a memory!
Share A Memory
Plant a Tree